The blog returns full-time on September 1, with the theme "Five a Day." My friend Allison Burnett, author of UNDISCOVERED GYRL, kicks off the theme today with Five Pet Peeves. 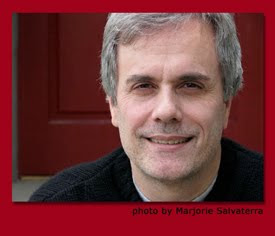 1) When people praise the resiliency of New Yorkers.

New Yorkers are continually praised because they went on with their lives after the terrorist attacks of 9/11. Pardon my irreverence, but did they have some other option? Might they very well have stayed in bed weeping for years? Filed like lemmings off the George Washington Bridge? Or, worse, moved, en masse, to Newark? You know who else is pretty resilient? New Orleansians. After they were submerged by Katrina, very few of them stopped existing. They got out of bed and everything. That took real New York spunk. And how about those Dresdenites? Talk about rising from the ashes. And let’s not forget those Nagasakians and Hiroshimans. Man, were they scrappy. In case you missed my point: New Yorkers aren’t resilient; human beings are.

It’s an epidemic, especially among Americans under 40. Here’s how stories used to be told: “So I walked into the kitchen and saw her standing by the stove, frying a steak. When she saw my smirk, she was confused. I reminded her that she’s a vegan and hates to cook. She had no choice but to laugh.” This is how the same story would be told today: “I walked in, and I was, like, “hi.” And she was like “You’re back.” And I was, like, “Yeah.” And she was like, “What’s so funny?” “You. You’re totally vegan and you totally don’t cook.” And she was like “So?” And I was like “So what’s up?” And on and on.

I have an ex-girlfriend once who told me a story that was so excruciatingly slow that I started to count the likes. I stopped her at 27. She was only three minutes in. That’s roughly one every 6.6 seconds. And this was no Valley girl. She majored in journalism at Duke. You see, speaking this way is not a symptom of being stupid. It’s a symptom of being a stranger to prose narrative. It’s an entire generation weaned on comic books, TV, and movies. Dialogue is all they know. Maybe the millennials will be more articulate. They at least read Harry Potter and iPod instruction manuals.

Let them go ahead and love their creepy team, but they should at least have the humility and grace to tell the truth about the unfair advantages it enjoys. With no salary cap and no revenue sharing, the Yankees often spend five times as much as the smaller market teams. They even spend 80 million more than Boston. One year, during the play-offs, they had more salary sitting on the bench than then entire opposing team had on the field. Think about what this means. Not only can the Yankees buy any free agent they want, but they never lose a player that they want to keep. In just the past two years, Cleveland lost two Cy Young winners they could not afford to keep. If there were a level playing field, as there is in the NFL, this would not be the case. Given their advantages, the fact that the Yankees do not win the World Series every year ought to make any self-respecting fan hide his face in shame. But if the average Yankee fan is anything, it is shameless. Oh, yeah, and resilient. There are only two times each year when I want to hug strangers: Christmas and the day the Yankees are eliminated from the play-offs.

When I hear it, I like to frown thoughtfully and reply, “You know, I disagree. I think it is what it isn’t. I’m sort of surprised you can’t see that.” Truth be told, I hate every idiom that spreads like wildfire across the country. Who can forget: ”At the end of the day....” “Talk to the hand.” “Don’t go there.” “Blah, blah, blah.” And then of course there is the contagion of “so.” As in “I am so not going to that party.” Or “I so can’t believe you just said that!” Or the rhetorical: “How so not into her are you?” Patients Zero of this contagion were the writers of "Friends." What amazes me is that perfectly intelligent people use these empty phrases without the slightest awareness, it seems, that everyone else is using them. And that anyone who loves language or original thinking is struggling not to judge them.


5) Adults who discuss juvenile entertainment as though it were for adults.

Can you imagine an educated adult in the 1960s, say, going to see a kid’s movie and then being eager to discuss it with friends? Imagine the characters in "Mad Men" discussing with total seriousness Mary Poppins or The Sword in the Stone. My parents wouldn’t have been caught dead watching juvenile entertainment. In fact, they considered the best of adult Hollywood fare to be pretty juvenile. It wasn’t until the great movies of the 1970s that they began to take Hollywood seriously. But these days, educated grown-ups stand in line to see Harry Potter, Star Wars, Batman, Transformers, Star Trek, etc. Don’t get me wrong, there’s nothing wrong with these movies. If you’re twelve years old. For an adult to feel nourished by them is sad and ludicrous. Our culture has been infantilized and it doesn’t seem to have noticed.

Thanks, Answer Girl, I feel so much better! In fact, I will add a bonus peeve:

6) When people tell me that they love my new novel and, then, in the next breath, mention that they have lent it to a friend.

My ears ring with the opposite of “ka-ching!”

Allison Burnett is a screenwriter and author whose latest novel, UNDISCOVERED GYRL, is in stores now. You can buy your own copy here.
Posted by Ellen Clair Lamb at 6:55 AM 13 comments:

This is a post for Patti Abbott's Friday Forgotten Books project.

Last Saturday's packing/closing party at Kate's Mystery Books might have been a grim occasion, if not for the company: dozens of authors and book lovers who turned out to pack away 20+ years' worth of books and memorabilia, and find a few treasures along the way.

I was lucky enough to draw Susan Conant as a packing partner, and the two of us were assigned to the back corridor, where we packed unsigned collectible hardcovers. Pulling the books off the shelves was like assembling a syllabus for Crime Fiction 101; what struck both of us, though, was how many of these authors had faded into oblivion after a couple of bestsellers, or a single heavily-promoted, critically acclaimed title.

"Like PAPERBACK THRILLER," Susan said. "That was a wonderful book, came out years ago. The author was a woman named Lynn Meyer. I loved that book. I wonder what happened to it."

As these things often go, I walked outside on my lunch break to see what was for sale on the bargain paperbacks table -- and found a used paperback copy of PAPERBACK THRILLER. Originally published as a Random House hardcover in 1975, it was a main selection of The Mystery Guild, and reprinted as an Avon paperback the following year.

PAPERBACK THRILLER is the story of Dr. Sarah Chayce, a Boston psychiatrist with a tantalizingly under-narrated backstory. She's vegetarian, divorced, childless and apparently the survivor of some long-buried trauma we never get the details of. She's also having affairs with two different men, one of whom is still married. None of these things seems to bother her; in fact, as she tells us her story, she is aggressively sane and well-adjusted, or at least she wants us to think so.

Returning from a medical conference (an excuse for a rendezvous with the married lover), she picks up a paperback thriller in the airport bookstore. It's nothing special; its author, "Greg Pitman," is obviously a pen name. What startles Sarah is the description of a psychiatrist's office that the hero breaks into: it's hers, right down to the powder-blue filing cabinets and the lapis lazuli horse.

Her first, natural assumption is that "Greg Pitman" is one of her patients, but she soon realizes that can't be true. She identifies him as a struggling literary novelist named Charles Elfinstone, with whom she has no apparent connection. He insists he's never seen her office, and says that his description must be a coincidence. But Sarah, for reasons that are not entirely clear to her and are even less clear to us, can't let the question go. She follows it through a tangled, risky web of secrets and shame, to the highest levels of Boston society.

PAPERBACK THRILLER is a time capsule of mid-1970s New England, as acute a social commentary in its way as Updike or Mailer. Sarah Chayce is a truly modern woman, someone who would be an iconoclast even by today's standards. It's fascinating to spend a few hours in her company. (At 188 pages, PAPERBACK THRILLER wastes neither words nor time.)

I haven't been able to find any evidence that Lynn Meyer wrote another book, which is a shame. I'd love to know more about her, and about the origins of this novel.
Posted by Ellen Clair Lamb at 6:12 AM 5 comments: